I’m not one to complain about stuff. I’m the one that will usually keep my mouth shut while I am going quietly insane. But enough is enough! My demand is simple, I want you to fix my stuff… all my stuff! I figure I have just about as much right as that person over there (you’ll just have to visualise me pointing to someone stuffing a cinnamon finger bun in their mouth outside of Baker’s Delight in Umina) to get stuff fixed.

There’s so much stuff that needs fixing. But then I stopped and I thought, “Why in hell am I doing all the work? Shouldn’t someone else do it?” And that’s where you come in…

I need you to take time out of your schedule to fit my stuff in. I know you can do it… you seem to be on a roll getting so much other stuff fixed that you give the impression that you are the “go-to” person to get all my stuff fixed as well. Sure, you’re not perfect… who is? And for the love of stuff, don’t let those nosey 3 male Independent MP’s get involved.

Let’s face it, men have no idea really. I just don’t trust them and they’ll fuck it up anyway, turning my stuff into something that wouldn’t even resemble what my stuff started out as. If they find out about this, just tell them I have my “period” and talk about “cramps”… they’ll suddenly lose interest.

I’m going to be honest here and say that the current state of my stuff is totally not my fault. It’s all your fault and you need to take full responsibility for all my stuff. So it’s only fair you fix it. If you could fix my stuff from your end and not involve me at all, that would be great. I’m indecisive and you’d only be bothering me while I’m doing jack-shit. Just hand back my stuff once you’ve fixed it.

I’m relying on you Julia… have already in advance pinned all my hopes on you. And just to let you know, I have set my expectations extremely high and I demand utter perfection. I know you won’t let me down.

2 thoughts on “Open Letter to Julia Gillard: Fix My Stuff” 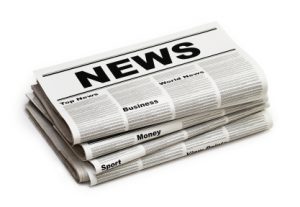